This contractor Joseph Ashley was very easy to work with and very responsive. He was quick to respond to my initial call and it was easy to set up a date to get an estimate for the job and to do the work. It was a very old roof and the crew removed all of the old shingles down to the wood, replacing wood as needed. Then the crew replaced the roof with a new one and also put up new gutters and leaders. Joseph’s team works very hard and all of the men were polite and respectful. They arrived on time and completed the work as agreed. Unlike some contractors who pick up day laborers, the guys on Joseph’s crew work with him regularly and it shows in how they relate to each other and how he communicates with them. They know what they are doing. Joseph is a pleasure to work with. He is clear, friendly, and professional keeping me posted by text and pictures as the work progressed. I felt totally at ease working with him and his crew and was completely satisfied with the work when it was done.

Joe Ashley is an excellent contractor. Joe went over all the material being installed on the roof and warranties. Everything was placed in a contract an each bit of the job was explained again before signing. Job went great,workers were always on time,very curtious cleaned up each day. It was a pleasure to have had the experience to work with Joe and his crew

Description Of Work: Tore off entire main roof to wood. He supplied and installed G A F Timberline H D roof to include weather watch. Cobra attic vent and starter strip shingles, and Ridge Cap Shingles. My front overhang roof was covered with the shingles also. We had plywood replaced on entire one side of house. It was 60 years old. He also installed a new attic fan. The color I chose was Williamsburg Slate.

Joe was a pleasure from the very start. He was the second of three bids. I chose him from Angie’s list. When I called to set up initial appointment we made a date and time. He called to tell us he was on his way. He was on time as promised. He took time with us, explained all the GAF products. We were unsure of the ridge vent, so he spent even more time explaining the product so that we clearly understood, so that we would be able to make an informed decision. We reviewed each of the bids and decided to go with Joe. We signed the contract in January, due to the weather we did the work April 12th,2014. The day was beautiful and warm. Joe called and let us know what to expect. The dumpster was delivered Saturday at 6:30 am. The crew showed up at 8. They were amazing!!!! Angel was the Forman. His crew worked well together, efficient , coordinated and clean. Joe came by to check on the job. They finished at 4:45pm. I am very happy with the entire process from beginning to end. I have to thank Joe and his crew for a job very well done!!

Joe was easy to get in touch with and always called me back promptly. He gave me an honest assessment of what I needed and didn’t try to sell me anything I didn’t need. The price for the work was fair. His crew showed up when he said they would and did a great job, even reattaching some siding that had come off the house. All very professional. Pleasure to deal with. When I need a roof in the future, I will call Joe.

I have a very old house that was badly neglected and in need of major repair.I talked with Joe about the work I wanted done and exchanged ideas on ways to achieve it Joe and his crew showed up as scheduled and got right to work. They worked every day that the weather allowed
All work was done in a very professional manner. Since it was such a big job I was nervous and apprehensive. Joe kept telling me it would be alright and it would be beautiful when it was done. He was so right . My new home is beautiful!! People stop on the street to tell me how beautiful my home looks now. My neighbors can’t believe how well it came out. One neighbor came back from vacation and thought she was in the wrong neighborhoodâ€¦ true story! 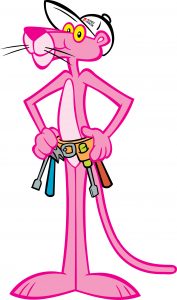